The beauty and pain of a first draft

Even though the book I'm working on right now was nearly three-fourths done a couple of years ago, it's still definitely a first draft.

I'm trying to show that the hero's parents, after 25-ish years of estrangement, are trying to get along with each other. So the baron was going to call his baronesse by her first name. As far as I know, in all these books (and she shows up in all of them), she has never had a first name. I mean, she presumably has one, but she's a mother, grandmother, patroness, b*tchy old lady, baronesse, leader of her grumpy group of gossipers, and... well, lots of stuff. But she's not close enough to anyone for them to use her name. I need to choose one.

Also, I hadn't decided who was responsible for the poison subplot until late in the game... and that character has no name at all. She definitely needs to be fleshed out in more ways than that and implicated and so on.

Oh, and there's this piece of land that no one really wants as it's not that good and it's really far from court, except that it's land and land is power. 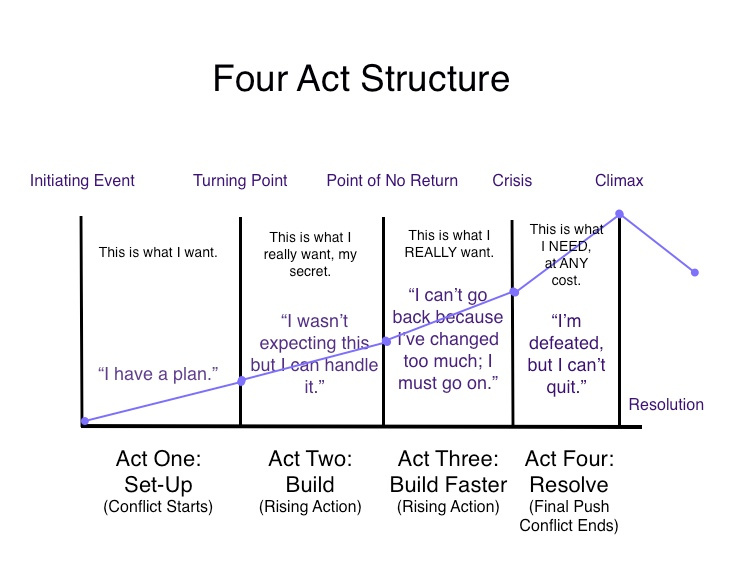 I've been making notes in a notebook, but should be making them in the document directly so I don't lose them, in case it takes a few more months or years or whatever before I get back to it.

And then I have to make it fit something like this (copied from Arghink.com, Jennifer Crusie's blog):