Not a whooooole lot going on

I'm writing,. My kids are hanging out at home far too much due to summer. We get out a bit, but as of a couple of weeks ago, summer was boring and not a relief. We went to see Minions. It was, uh, OK, I guess. It had good moments.

But I'm writing, which I don't always have the concentration and time to do during the school year.

I need to prepare the History and Literature parts of our curriculum for Homeschool Boy. American History and Lit. I mostly need to pace out the history so I know how much to finish each month and find a book that tracks to the time period for each month. He's going to have a creative writing class from someone else, so we'll be mostly reading and discussing, maybe mocking up enough info for essays. I might be more ambitious than he's willing to do... I'm also looking for audio book and movie versions of things. Read, listen, watch. 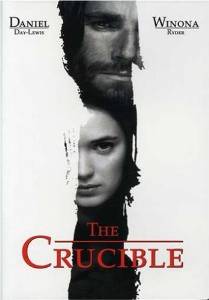 History and Literature are my favorites. I wish they were my son's favorites, too. SIGH.

But I'm writing! Camp Nanowrimo is going well. I reduced my goal to 25K when I got the galleys of my book, Indispensable Wife (coming this fall!) and it looks like I'm going to surpass that. Though it's hard to focus with my kids all around me watching Good Mythical Morning or Cute,Win, Fail. AAAAAAAAAAAAAAAAAAAHHHHHHHHHH!

And I'm writing! A short story featuring Henri. It's 12 years after Indispensable Wife and there are two intervening books, so it's not ready for any sort of buzz. It's book 3.5, so it will be a while. I should think about writing a short story or novella between books one and two. Or two and three. Hmmm... Sounds like a project for the November Nanowrimo.


Posted by Philippa Lodge at 12:13 PM No comments:

See? I didn't miss anything!

So as an antidote for my Fifty Shades of Envious Green because I'm not at the RWA Conference, I am presenting what I am doing this week. 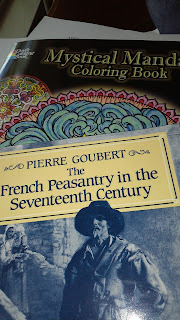 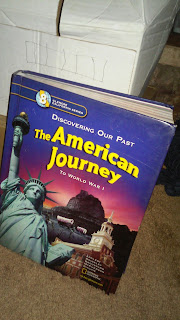 But I didn't have to try to carry them all home in my bags! And didn't get home in the wee hours because of storms in the Southwest that stranded me in the Las Vegas airport for several hours with no outlets to recharge cell phones and almost nowhere to sit. Yeah, that was so fun last year...

2. I have tickets for an Off-Broadway (off-off-off-off) show Sunday: 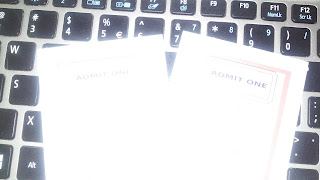 My daughter's friend's ballet recital is TOTALLY ready for Broadway!

3. My mild form of prosopagnosia (face-blindness) has only led me to call my children by the wrong names, not fail to identify my favorite authors without staring at their lanyards or offend people I've already met by passing them without saying hello or staring at them blankly. 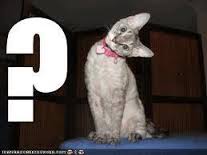 4. I have a really great view from my window. Much better than Times Square: 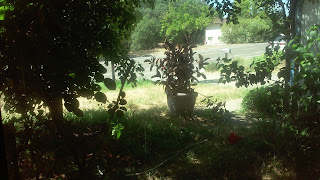 5. I did some writing! And I looked glamorous while doing it! 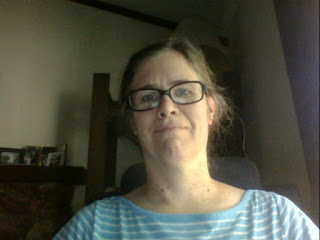 Is my chin really that big?

6. I met up with some fabulous romance authors. Our local RWA chapter gathered, uh, seven of us to have coffee and talk writing and publishing. I didn't take pictures. Probably should have.


7. I will watch the Golden Heart / Rita ceremony. Live streaming tonight! 8:30 Eastern! With live chat commentary at Smart Bitches! Almost like being there! *sniff*

8. Most of all, I swore up and down that I WILL go to RWA Nationals in San Diego next year. No excuses. I mean, unless it's too much of a financial burden. But I WILL sell a million copies of my books (Indispensable Wife this fall. Honorable Officer...sometime a few months after that). OK, just a few thousand would be enough.

And so for the aforementioned Golden Heart / Rita ceremony, there are a few of the GH nominees whom I know and I've read a ton of the Rita-nominated books. All I can say is GO! FINGERS CROSSED!

See you next year!


Posted by Philippa Lodge at 1:24 PM No comments:

Heads up to literary critics and my future biographers 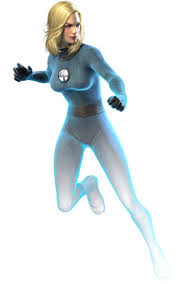 A friend of mine on Facebook recently posted how someone had made intrusive and rude comments about her pale skin and sunburn, which she started overthinking, which sent her into a spiral. The conversation quickly drifted to feeling invisible, wanting to be invisible, and how invisible is easier than rude comments.

I went to a small elementary/junior high school (because it was junior high back then, not "middle"). I dealt (poorly) with a "let's you and her fight" type bully for most of my childhood. Invisible is much easier. I still almost never wear makeup or jewelry. My hair is hair. My clothes are clothes. 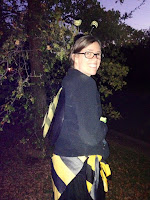 I really like wearing costumes though. Visible without being me!

Early on during this long journey of writing novels, I realized that many of the books I have written (most of which will forever sleep on a thumb drive) have revolved around heroines who are either invisible or who wish to become invisible. 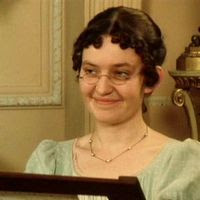 There's a Victorian English historical I wrote several years ago that I particularly like, with a heroine based on Mary Bennett from Pride and Prejudice (you know: the ridiculous, non-pretty middle sister).
In my book, she marries an almost-invisible young man because he's the only one who offers, then it takes a while for them to fall in love.

And I wrote a contemporary paranormal with a fox shape-shifter who is ungainly and too big, too not perfect, too shy in her human form. She falls for the popular puma shifter and they finally end up together, but she still feels invisible. Their Happily Ever After relies on her seeing him, not only vice versa. The second in the series has a heroine with magic who can cast a powerful look-away spell and go invisible.


I've just got the contract for Book 2 in my Châteaux and Shadows series with Wild Rose Press, tentatively called The Honorable Officer. The heroine is not only overlooked, her eyesight is so bad that she's mostly blind. She's always had a thing for the hero, who was married to her late cousin, a girl who was the opposite of invisible. But she doesn't really know the hero, either, past his stoic display of honor and power. The next time through edits, I will be playing up the theme of seeing and not seeing. And invisibility.

I do write other types of heroines and heroes, I promise, but seeing is a theme in many of them.

So there you go, future creators of Cliffs Notes.
Posted by Philippa Lodge at 12:56 PM No comments: