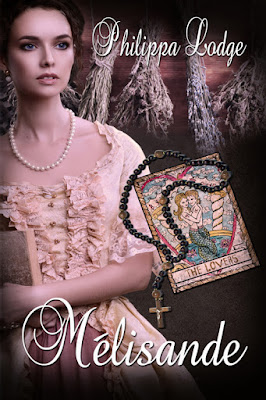 
Posted by Philippa Lodge at 7:55 PM No comments:

I have no idea why, but in the last two weeks, I've had a lot of blog hits from Russia. Honest, I don't know any state secrets. All you get if you hack me is romance novels and chick lit.

Unique is a lovely name and I appreciate the sentiment, but do people realize how many girls are named Unique?  I'm Unique, just like everybody else!

And then there was a refugee family with French/African names. I wanted to know more. And a family from what I'm guessing was somewhere in Asia who swapped the mom and dad's social security numbers (and was a couple of digits off on one of them) and messed up some other stuff.  And a family with two sets of twins and for some reason one kid - just ONE - was not in our database as being processed for a renewal. I searched high and low and finally had to send the letter saying we're not working on her right now and if you think that's wrong, call your local office.

Also, I find myself very lucky to be on the team of the supervisor in charge of this side task project, because it means I've had it easy as far as asking for help from him and from other teammates. Some of the others who were assigned to the task were also new and are sitting with their teams wayyyyy on the other side of the big room. So some are still making errors after more than a month. But then some of my teammates who've been there a while but who haven't done this task in a while are going sooooo slowly, but acting superior because they're not making mistakes. (Though at least one is trying to do the task in the older way that was more time-consuming and unnecessarily precise, instead of following the updated manual) Well, I think I'm not making many mistakes, but I'm flying along. The woman next to me does even more than I do and is getting good scores.

But yes: lucky to be on that team. Besides which, two people brought donuts this week, which means it's going to be my turn soon. And they're silly goofy from time to time, so it's a mostly cheerful little tribe. We're getting some new team members Monday and they moved the sweet young girl who sits behind me over to another team, so the dynamic will change.

Also this week, I have done no writing at all, but I'm suddenly thinking about my work in progress again, which is a good sign. I have book club books to read this weekend and tomorrow is booked almost solid, so it won't be this weekend that I'm back to writing. But soon.

So overall, a good couple of weeks. I'm cautiously optimistic.

Here's to a good weekend!

News soon on the next book in my historical French series! This one's slightly off the beaten path of the others, as the de la Brosse siblings are very minor characters. But there's a witch....maybe a witch. And a zealot or five.

In the meantime, catch up with the first four books. 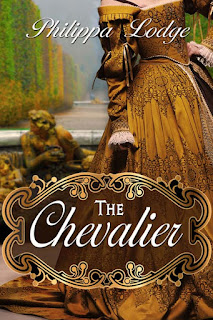 Posted by Philippa Lodge at 6:45 PM No comments:

So really, it's an all-around slump, not just a writing slump.

Is it any wonder I'm doing a lot of re-reading and comfort reading and not reading hard stuff? Or even unfamiliar stuff that might disappoint me? Or writing things that are definitely disappointing me?

Anyway. I'm off to read. 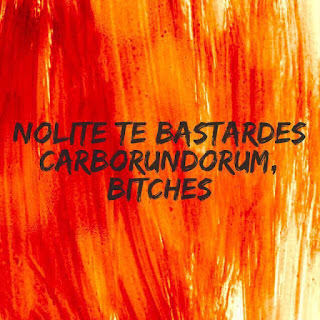 Posted by Philippa Lodge at 2:25 PM No comments: