My daughter, who is eight and a half years old, has had a tummy bug since last Wednesday. She missed school Thursday and Friday, felt slightly better on Saturday so I let her do a Girl Scout cake decorating party, then she threw up again in the wee hours of Sunday and then barely ate all day. She still feels bad so is at home from school again, which means no Trick or Treating.

And if my kid is willing to forgo Trick or Treating and a year's worth of candy, she is certainly not faking it just to get out of school.

I'm sure you wanted detail.

It's supposed to rain starting at about seven, anyway. So the good news is that we'll have leftover candy and she can have some of that (the middle child will want some, too. I bought a bag of mixed candy and didn't even notice it included Almond Joy, which is evil. I hope we get enough T-or-T-ers so I can foist those off. One of my friends said she likes them, so she might be getting a present in the next few days.

Today is about digging through my brain for more information about my anti-hero for NaNoWriMo. I'm starting over on a book I started a few years ago, the year my family went off the rails, my son refused to go to school, and I started homeschooling him. I still get hit with images of the kid in that story, weird things he does, etc. I don't know what the main plot is.

Heck, I'm still deciding if it's going to be first person or third. I might want to make up my mind on that. I'm thinking of being weird and making it first person from his POV and third person from anyone else's. That might be too confusing, though.

I'm not a fan of First Person, except he's an unreliable narrator, so his twisted thoughts would make more sense from his own view point, justifying his crap in his own head, knowing the reasons he's lashing out against the world, etc. I don't even like Catcher in the Rye because of the kid in it, but that's sort of where I'm headed with this, only with paranormal skills.

Also, today I'm going to get the RWA chapter newsletter out to my proofreader, no matter what is or is not in it. We can at least have the majority proofread, right? Maybe tonight or tomorrow, since some of the things I'm missing are a big deal.

But for now, I'm going for a walk. Part of the walk is to the Kwikee Mart to get sprite for my ailing daughter. Big excitement.

Have a safe and happy Halloween! 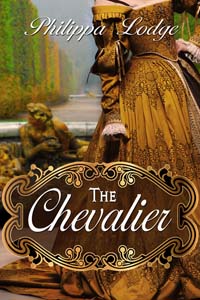