No, I didn't mean that as the prompt to post a picture of a camel and announce it's "Hump Day".

The end of a semester and approach of Winter Break and Christmas and New Year (and my oldest son's birthday) mean I'm constantly wondering what day it is, because each day is an intricate dance involving juggling and time travel. Teleportation would be good, too. My sons keep talking about it, but still haven't invented it yet. Come on, guys!

My Google Calendar gets a workout. I put everything in it and then go moment by moment and day by day.

Yesterday, for example: (* indicates things that aren't part of my usual schedule)

Normal school morning, Oldest rode bike to school, middle got a ride to his classes, I drove youngest.

Usual Tuesday "day off" chores including sorting at least 3 weeks' worth of laundry (I got behind on Tuesdays, OK? Nanowrimo eats up that time) while watching a movie on DVD. Editing. Chores.

*Go to dollar store to return some stuff, find out they don't do refunds, only exchanges. Round up exactly the right number of new items, including some present-decorating items.

Pick up youngest at school.

*Go to pottery place to pick up the things youngest painted there a couple of weeks ago.

*Go to Barnes and Noble to wrap packages in return for donations to Friends of the Library. For five hours. Call husband in the middle to come get daughter.

*Pick up middle child who is still at his friend's house and not doing his math homework. Talk to him for 10 minutes, which is all I've seen of him since I left the house at 8 AM.

*Knock on oldest's door to learn about his schedule, since I haven't seen him since 7:20 AM.

Get ready for bed.

Read until calmed and exhausted. About half an hour this time...

This morning:
Starts out as normal school morning. Oldest leaves on bike.
*Youngest has a headache. Her face is warm. She has a temperature of about 99.7. Not going anywhere. I call the school. Cancel plans to meet homeschool friends for coffee. Have supervisor come here instead. Fingers crossed it's mild and leaves soon and it's just a reaction to Monday's flu shot.

Though the illness does help with juggling youngest's after school choir practice: she's not going. I do hope she's better tomorrow because that's when the choir concert is!

And it's supposed to rain tomorrow (YAY!), so we're juggling getting oldest to and from school. (BOO!)

That's pretty much how this week looks, but every day is a different heap of stuff. It will culminate Monday evening, when I have two things at the same time.

Where is Hermione's time-turner when I need it? 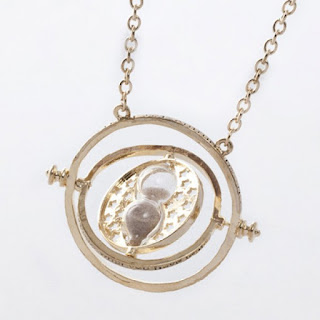