I've been going downhill over the last few weeks.

No, let me start earlier than that:

I've suffered from depression for years. Before it was ever officially diagnosed as depression. Back before they first came up with Prozac. When I had my first baby (in a new country with no support network), I sought help for post-natal depression, but they didn't want to give me an SSRI because I was breastfeeding. After I had my second baby, I was OK until after we moved from one country to another and I didn't know anyone, and I was starting all over again with no support network. At that time, they prescribed something else that made me a zombie, because, again, I was still breastfeeding.

I've had counseling twice, but don't feel like it resolved anything. It was also hellaciously expensive and hard to schedule around.

I've been going downhill over the last few weeks.

I've been immersed in writing, which has been a good thing, but it means everything else in my life has been falling apart, because my energy is limited. And I can tell myself that I was just too busy to sort laundry, but really, I didn't write *that* much every day. I have even slacked off on making my kids do their chores.

But I've been crying in my car at sad songs.

I've been less willing to do anything.

Stuff I like to do has gotten less interesting.

I'm angry all the time. Then I feel guilty about being angry.

So when I finished my latest rough draft and collapsed in joy, I sort of kept collapsing. 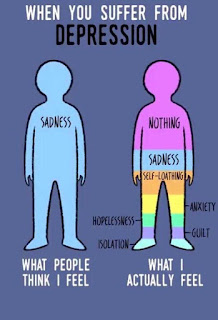 And then I looked at the sales numbers for my latest book. And then I spent most of the weekend in bed, reading.

So if you need anything from me, keep asking.

And go buy my books, read them, love them, REVIEW THEM AT AMAZON AND GOODREADS.

Indispensable Wife
Honorable Officer
Posted by Philippa Lodge at 11:03 AM