OK, so this thing is happening.

MAY 13th, your pre-ordered Kindle ebook will download onto your Kindle/phone/tablet.

It's going to be epic!

Memoirs of a Fox (Book 1 in The Shifter's Heart series)

The nerd girl and the hot jock

We met in college and he, a mountain lion shifter, was my link to the secret world of shapeshifters. I crushed on him hard. A few times, it looked like he might ask me out, but it never happened. When danger came, though, I flew to his rescue.

​Literally flew. Not only am I a fox shifter, I have a mockingbird form, too.

​After a one night hook-up, he left and broke my heart. A few years later, he showed up at my door, looking for forever. I decided to trust him.

​Well, mostly trust him. Our marriage was strained and we were getting more distant when he disappeared. To get him back, I’ll risk everything, including the continued secrecy of every shapeshifter everywhere. 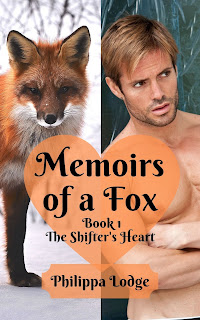 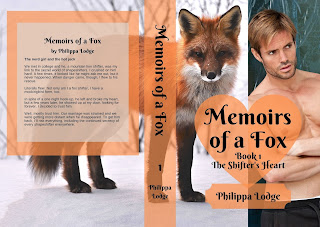 So for now I'm going to just do Amazon, because phew, learning curve. Also, it means I can have the book in Kindle Unlimited, maybe get a boost with that.

The title of my own memoir is Fake it Til You Make It, with the subtitle Anxiety Can Be Overcome One Second at a Time

Posted by Philippa Lodge at 6:28 PM