I know when you're writing a rough draft, you're supposed to keep going, never throw anything away. Damn the torpedoes.

Or anyway, if you're a pantser and working under deadline, that's how you should do it. I guess a pure plotter would have worked out the twists in their heads and their outline before starting the book. Though I've heard enough stories about people who plot before they write and then what they write ends up veering in a completely different direction and they have to change their outline.

There are many roads to Oz, as Jennifer Crusie says in amongst all her other writing advice.

I had the clear vision of a scene in my mind where two young women meet. They are both lesbians, but each doesn't know the other is. One is young and arrogant and, if not beautiful, then well-dressed and coiffed and seemingly perfect, along with being a bit smug about how smart she is. The other is a few years older, ex-Army mine sweeper, average looks and tired and stressed, still finding her feet and needing help with her academic writing. And in my mind, they clicked. On the page, they didn't. So as I was writing this first chapter, it was OK, but not grabbing me.

Then I wrote the other part of the first chapter, the part where some of the guys from my semi-fictional small college go to a protest in a nearby city and my other main character meets a beautiful young woman -- or meets her again, because they knew each other slightly in high school when he had a crush on her older sister, who is now a politician and speaking at the Black Lives Matter rally.

And that's where the story is. 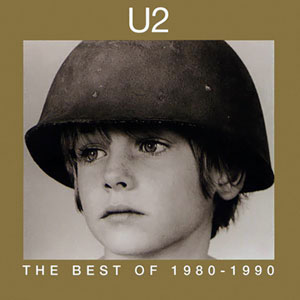 Maybe 60s girl groups for the next one. So far, I've been choosing albums that are sort of iconic in their own right in one way or another. (The Big Chill because it was Baby Boomers with 60s nostalgia, Rolling Stones Hot Rocks, and now the greatest hits from U2 from what's probably their most iconic years.) I don't know if there's an iconic-in-its-own-right album of the Supremes or Motown Women or something. Or stay in the 80's and use Madonna songs? On the other hand, I might use Simon and Garfunkel's Concert in Central Park.But I feel like I haven't been giving women artists their due.

All right. I need to go fix lunch and start Chapter Two, "New Year's Day," about the Solidarnosc protests in Poland. So yeah, more protests.

October 2016 and forward from there, so it's going to be depressing. Cathartic too, I hope.

If a certain 'winner' doesn't get us all blown up.